All Aboard the Orient Express 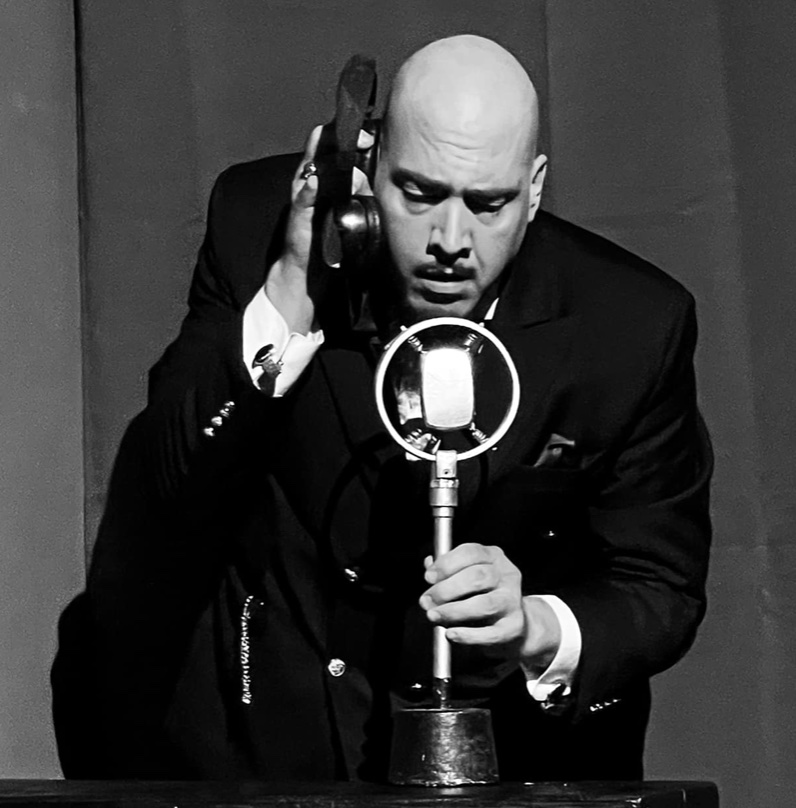 So . . . if you are in need of an Agatha Christie fix, chug on over to Morro Bay for By the Sea Production’s version of Murder on the Orient Express, a play adapted by Ken Ludwig from one of Christie’s novels that proves “the impossible must be possible.”

It’s a pretty faithful rendering of the book, giving you all the clues that Belgian (not French!) master detective Hercule Poirot needs to identify the person or persons responsible for the heinous act referred to in the title. If you don’t already know the outcome (indicating you are not an Agatha Christie aficionado) and honestly, even if you do, you will be much amused by the play and by this production after all is explained.

Of course the role of Poirot—who has been portrayed on stage and screen by such diverse actors as Charles Laughton, John Malkovich and Kenneth Branagh­—requires an adroit actor and an artful director to bring this icon of detection to life.

Gregory DeMartini, long and lithe, with expressive eyes, hands and (of course) mustache, brings an amusing and knowing presence to the role, particularly when he speaks directly to the audience before and after the main action. It’s clear he could take on Sherlock Holmes if the company ever decides to add that sleuth to its repertoire (the script actually includes a nod to the English detective).

Giving DeMartini full rein, director Sandy Bosworth has turned her attention to juggling the rest of the large cast, with an eye to helping the audience keep track of who’s who—as well as who is pretending to be who. Although there are several countries represented and several accents attempted, Bosworth makes sure the audience won’t get lost as cast members come and go and the scenes change—not all the action takes place on the train itself.

Ah, the scene changes. There are something like a dozen of them. Stage manager Lisa Winn and her helpers have quite a challenge before them during each show. It is to the company’s credit that the directors, actors and crew attempt such a fast-paced, multi-set production on such a small stage. With a little patience, however, the audience is rewarded each time the curtain is pulled back, easily putting the minutes waiting aside to see if the fastidious Poirot can put another piece of the murder puzzle together.

Murder is a stylish production, with well-chosen costumes assembled to reflect the era—Poirot’s suits are lovely to look at, and the hats, shawls and furs on the upper-crust ladies are sumptuous, reflecting their stations.

The dialog, while winding its way around who did what when, where, and why, is equally stylish, delivered with wit and humor by everyone, but in particular the American Helen Hubbard. A delightful Victoria Culman makes her By the Sea Productions debut in the role, and she is a hoot (as surely an American would be in the midst of these mostly stuffy Europeans). Admittedly, she gets most of the funniest lines to work with, but the other ladies on the train—Sharyn Young, Laura Richie, Rosemarie Lagunas, Sarah Ruth Smith, and Heather Babcock—make the most of what they are given as well.

Randall Lyon and Matthew Babcock take on the heavy lifting of dual roles, with (spoiler alert) Babcock’s performance a bit stiff in one of his. Patrick McCoy as Monsieur Bouc proves a steadfast sounding board for Poirot’s musings.

All in all, Murder on the Orient Express is a fun romp through one of Christie’s whodunits, nicely building to a dramatic “reveal” punctured by the shock of a knife skittering across the stage. Fair warning: you may leave the theatre, as Poirot leaves this plot, pondering his long-held axiom: “If you commit the crime, you must pay the price.”