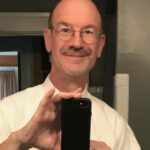 Charles H. Alexander is an antiques dealer, artist, writer, and all-around bon vivant who collects dinnerware (particularly the designs of Russel Wright, Homer Laughlin, and Hall China) and pottery (middle period Roseville; Muncie and other Indiana designs). He is working on a book about the Indiana artist Robert Lohman (1919-2001), “a classical artist in a modern world.” Charles is a moderator for Facebook groups on Art Deco, American Dinnerware, and Mid Century Modern; he has taught classes about antique china, pottery, glass, and silver at various auction houses; and he freelances for publications such as AntiqueWeek. He has exhibited and sold the works of Lohman, Ruthven Byrum, and Elmer Taflinger, and curated an Art Deco exhibit at the SullivanMunce Cultural Center in Zionsville, Indiana. He enjoys reading, watching old movies, and—while not quite a gourmand—setting a beautiful table. Charles splits his time between the Central Coast of California and Indianapolis, Indiana, where he lives in an Arts & Crafts American Four Square home. 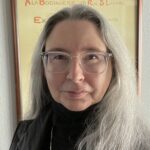 Charlotte Alexander is an award-winning author, editor, and publisher, with experience in media, higher education, and nonprofit settings. She has been writing reviews of local theatre productions since 2010, and her work has appeared in SLO Life Magazine, SLO Journal Plus, SLO City News, Two for the Show {Central Coast}, and most recently on her website Wise To The Words. She is the co-author of When Your Pet Outlives You: Protecting Animal Companions After You Die (New Sage Press 2002; reprinted 2004), which won a Muse Medallion Book Award from the Cat Writers’ Association. She owns and operates C|C Imprint. 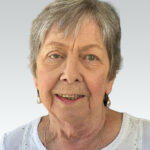 Sandy Baer is an educated and experienced journalist, writing for nearly 20 years for San Luis Magazine (aka SLO Plus/SLO Journal, et al.) about local artists, community leaders, and non-profit organizations. She was a Kiwanian for 19 years and served on the City of SLO’s Promotional Coordinating and Cultural Heritage committees. Baer is vice-president of the SLO History Center board of directors and chairs the Dallidet Committee, responsible for public fundraising events. She serves as the treasurer on the SLO County Foundation for Public Libraries, and recently joined the Communications Committee of the League of Women Voters. Photo by Brian Lawler 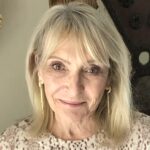 Toni Pruett Bouman is a true California Girl who needs regular contact with the Pacific Ocean. Raised in San Diego, she migrated to Los Angeles to attend design school and become a fashion designer. Quickly discovering she wasn’t cut out for mass-produced clothing, she changed course and began a 35-year career as a real estate broker. Wanting a slower pace, she and her artist husband moved to the Central Coast some 30 years ago. While enjoying real estate, Bouman’s true passion is textiles. She now specializes in Japanese Shibori and other ethnic textile techniques, creating hand-painted silk wearable art under the name Slo Silkworks. Her work has been displayed at the SLO Museum of Art and the Mingei International Museum in San Diego, and she currently exhibits her work at Studios on the Park in Paso Robles. Active in the SLO arts community, she is a past president of the SLO County Arts Council, and has written articles for SLO Journal Plus on arts and fine craft. 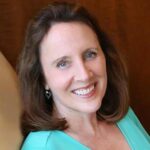 Carolyn Chilton Casas has lived on the Central Coast for 53 years, the perfect landscape for a love of hiking and playing beach volleyball. She is a Reiki master who often explores ways of healing in her writing. Her articles and poems have appeared in Braided Way, Energy, A Network for Grateful Living, Reiki News Magazine, and in other publications. You can read more of her work on Facebook, Instagram (mindfulpoet_), and in her first collection of poems, Our Shared Breath. 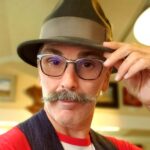 Michael J Costa is an accomplished photographer, journalist and entrepreneur. He studied documentary photography at the Academy of Arts University in San Francisco. He completed an internship at the San Mateo Daily Journal and served as editor-in-chief of the Cuestonian at Cuesta College. Journalism allows him the opportunity to tell the stories and culture of the places and people he has encountered throughout his travels. His passion for travel photography has led to creating many series over the years representing the countries he has traveled. He also works as content coordinator for Central Coast Living. Two years ago he opened Costa Gallery in Los Osos, where he enjoys curating art on the Central Coast for all to enjoy. 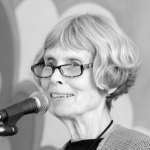 Jeanie Greensfelder served as the San Luis Obispo County poet laureate during 2017 and 2018. Her poems have been published at American Life in Poetry, Writer’s Almanac, and Poetry Foundation’s Poem of the Day; in the anthologies Paris, Etc., Pushing the Envelope: Epistolary Poems; and in the journals Miramar, Thema, Askew, Persimmon Tree, and others. Her books include Biting the Apple, Marriage and Other Leaps of Faith, and I Got What I Came For. 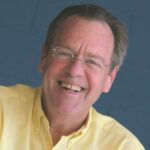 King Harris was a writer and long-time media personality on California’s Central Coast when he died on June 14, 2022. He was working on a book of his collected columns previously printed in several Central Coast publications, which will be published later in 2022. A journalist for most of his life, he considered it his good fortune to be able to chronicle the stories of all kinds of folks from all walks of life. Whether he used a camera, a microphone, or a typewriter, he was able to capture a brief moment of their lives from his curious perspective, which he said allowed him the opportunity to try to find answers to unlimited questions of his own. Photo by Chris Gardner 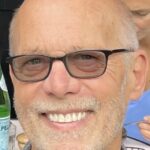 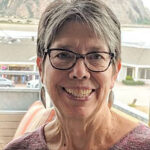 Juliane McAdam is a California native who grew up in the stark beauty of the Mojave Desert. After a 40-year teaching career that began in South Los Angeles in a bilingual program and ended with 27 years teaching English and Spanish to middle school students in Los Angeles, she retired to Los Osos. She enjoys volunteering with nonprofits, walks, kayaking, playing piano, and writing poems to record observations and memories. 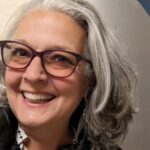 Paula McCambridge is an award-winning writer who has covered topics ranging from storm damage at Isle Royale National Park (located in the middle of Lake Superior), to interviewing American author Kurt Vonnegut, to writing a weekly art column in the San Luis Obispo Tribune. “It’s cultural journalism that calls me back to writing again and again. My favorite topics are the ones that capture the heart of human existence through creative expression and trying to do better as a culture.” 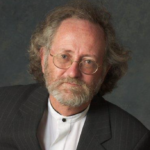 Craig Russell is a classical guitarist, author, and composer of classical music following in the stylistic footsteps of Aaron Copland. Educated at the University of New Mexico and the University of North Carolina at Chapel Hill, he recently retired from the music department at Cal Poly. In 1995 he received the CSU system’s highest teaching award, and in 2013 he was one of only a few North American scholars to be inducted into the Spanish Royal Academy. His compositions have been performed internationally to significant acclaim and his publications have received numerous awards. He co-hosts a weekly radio show, KCBX In Concert, that features local arts organizations, recordings by touring artists performing on the Central Coast, and conversations with the people who make the music.